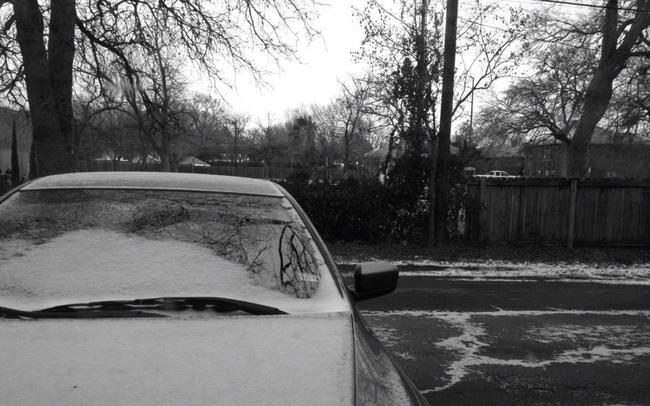 [Photo: Snow and ice at an Austin apartment complex]

AUSTIN — Severe winter cold has strained Texas’ energy infrastructure, but it also has allowed the Lone Star State to help other parts of the country during a propane shortage.

Below-freezing temperatures this month produced a record for winter demand in Texas — 57,277 megawatts Jan. 7, compared with the previous record of 57,265 megawatts Feb. 10, 2011.

That day “did create some challenges for our grid,” said Robbie Searcy, spokeswoman for the Electric Reliability Council of Texas. “Quite a bit of generation went offline.”

In the latter case, the state ideally would have power on reserve for strained occasions.

“The Commission’s recent actions seem to have been fueled by the abnormally high temperatures in the summer of 2011, which are now being used as leverage to encourage a move from a highly competitive energy only market to one that imposes government mandates, taxes, and subsidies with no guarantee that additional generation will be built or rolling blackouts prevented,” Fraser wrote in a letter to the chairwoman of the Public Utility Commission of Texas in November.

“Experts have said that a proposed plan of a forward capacity market may cost Texas consumers an estimated $4 billion per year in additional costs on their utility bills. As the duly elected representative of over 800,000 constituents, I cannot justify a potential rate hike of this magnitude imposed upon them by an appointed board, unaccountable to the voters.”

While Texas debates the best system for generating electricity, it has joined other states in declaring a state of emergency to ease the flow of propane to other parts of the country hit with severe winter weather.

Because of a large corn crop and a late harvest, there wasn’t much time to dry the corn in the field, said Peter Fasullo, with the Houston energy consulting firm EnVantage Inc.

“We had this big surge and demand from crop drying, then it was followed by a very strong winter,” Fasullo said. “We also have been exporting a lot of propane out of the country. Entering 2013 we had a surplus. … All these things kind of lined together.

“Texas is a big producer of propane. … I don’t think we have a shortage here, per se. Our weather here has been cold, but nothing like we’ve seen” up north.

More than 20 states have declared a state of emergency, Fasullo said. The declarations can let truck drivers drive for longer periods of time in some instances, he said.

“In response to harsh winter conditions gripping most of the country and an accompanying shortage of essential resources, Texas is joining other states in declaring a liquefied petroleum gas emergency,” a Jan. 23 release from the office of the lieutenant governor states.

Reprinted with permission from the San Angelo Standard-Times.

A Catholic in governor’s mansion?